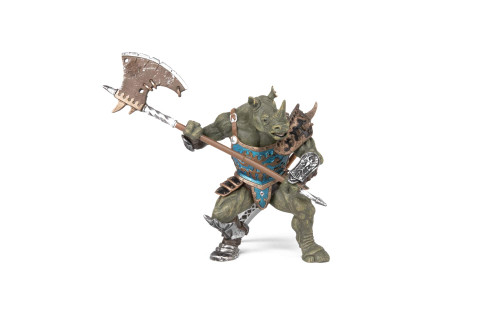 The Mutant castle is home to a number of creatures

obsessed by war and the Conquest of new lands. The Rhino Mutant is without a

doubt the most powerful of them. In its hands it firmly clutches a huge axe

armour. Its blue metal breastplate protects it from enemy attacks during

violent struggles, during which it often strikes savagely with its horn. From

the Manufacturer The newest fantasy figure from Papo is the Rhino Man. He

partial armor, and carries an axe. He is about 4" tall.