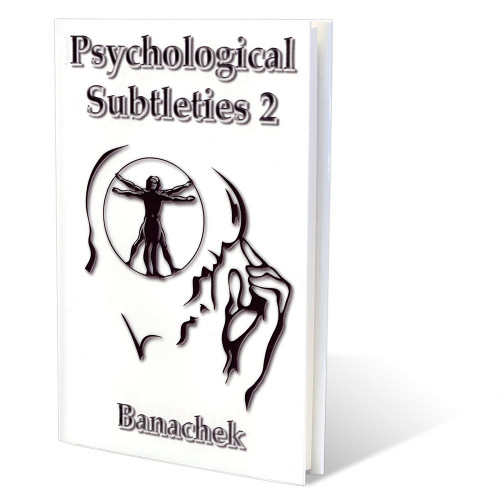 observations of natural human responses that can be inserted into performing

situations to make the overall result of an effect much stronger, entertaining

and memorable. Several performers incorporated that knowledge into their acts

and built whole routines around those clever ideas. Psychological Subtleties 2

picks up where the first book ends. Whereas Psychological Subtleties was not a

book of tricks and routines, this book contains complete routines from

as well as routines and more subtleties from the mind of Banachek.Pages 203 -