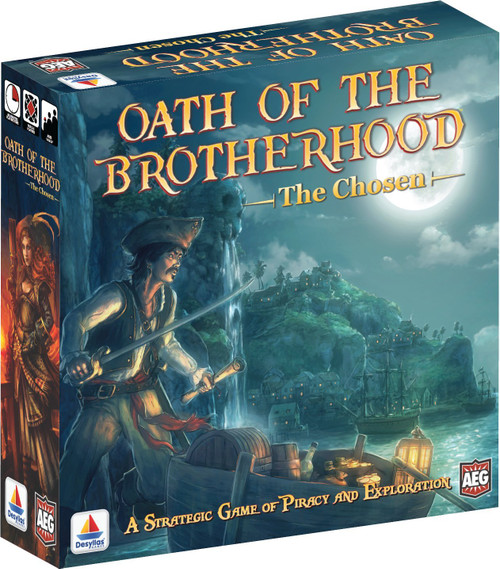 The island of Isla Granuja is a pirate safe haven and the headquarters for the secretive elite council of the Brotherhood of Pirates. Each year the Brotherhood chooses just one new pirate to join their ranks. Only the most skillful and daring need apply. In this 2 to 5 player game you take the role of a young pirate, trying to outwit and outgun your rivals through the dark streets and ports of Isla Granuja. you will have to command your crew, recruit new members, discover lost locations, battle other pirates and complete quests to impress the pirate elite. Do you have what it takes to take the OATH OF THE BROTHERHOOD?