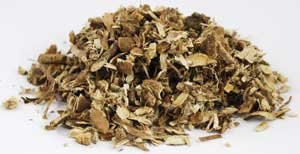 An herbal addition to food and medicine used widely used since the ancient times, Marshmallow root has seen use throughout the meditation region which rapidly spread to most of the rest of the world. Varieties were used in food by the Chinese and the Ancient Egyptians, as well as in much of counties near the Balkan region of Europe. The ancients spoke of it often for its healing properties, with Pliny even stating that a small amount would help prevent illness and disease while others of the ancient world would use them to decorate the graves of friends. Today it is even used in cleaning Persian carpets, as many in the Middle East using it as a clearer that does not harm the vegetable dyes within the wool. Herbalists these days most commonly use the root in gargles to treat sore throats. This began in ancient Egypt and continues to today, with varieties being used in France that included egg whites and rose water flavorings. This French variety evolved into resembling the modern Marshmallow, which actually contains no marshmallow root at all.